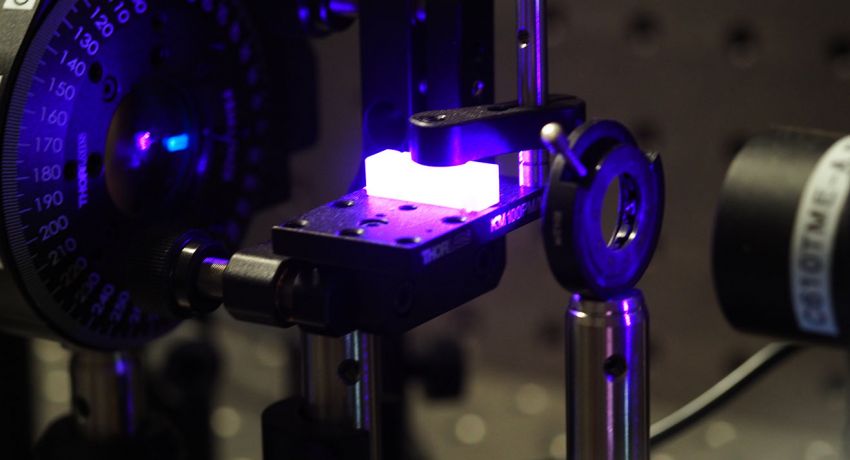 The quantum part of the complex consists of 5 modules connected to each other by a single-mode polarization-maintaining optical fiber. By connecting modules in different configurations, you can quickly rebuild the complex to perform different tasks.

If it is necessary to increase the number of seats, the radiation of the pump laser module and the source of coherent and thermal states can be separated by fiber beam splitters in several setups.

The pump laser module is a stabilized narrow-band 405 nm laser collected into a single-mode polarisation-maintaining fiber. The module is used in all tasks related to the generation of biphotons.

The module is used in most of the tasks of the QT Education lab. It consists of 2 to 4 single-photon detectors (APD), the optical inputs of which are connected to the outputs of the module for generating and measuring biphotons. The pulses from the detectors come to the correlator connected to the PC which analyzes their statistics. To observe the Hong-Ou-Mandel interference, a BS fiber beam splitter is additionally used.

Source of coherent and thermal states

The source is a 810 nm laser, half power of which is transmitted through a rotating ground glass disk (RGGD) to prepare thermal statistics. Both channels are combined at a PBS and focused into an optical fiber. Thus, the coherent and thermal states propagate in orthogonal polarisation modes. The collimator is installed on a piezotransmitter (PZT) providing the phase change between thermal and coherent states, which is used in homodyne detection. The module is used in tasks related to the photon statistics, quadrature distribution, quantum key distribution and quantum random number generation. The use of classical thermal and coherent states makes it possible to emphasize the specificity of nonclassical Fock states of light.

The module is used in all tasks of the QT Education lab. Its 405 nm fiber input is connected to a pump laser. The pump radiation is focused on a pair of nonlinear crystals (2xNLC), in which couples of photons are generated. Then they are separated by a beam splitter (BS) into two channels. Each channel contains phase plates (HWP, QWP), polarising beam splitters (PBS) and couplers that focus the radiation into the fibers, by rotating the phase plates, it is possible to generate an arbitrary polarisation state of a pair of photons and carry out an arbitrary measurement. To observe the effect of the Hong-Ou-Mandel interference, one of the couplers can be translated. Also, a source of coherent and thermal states can be connected to the 810 nm input. 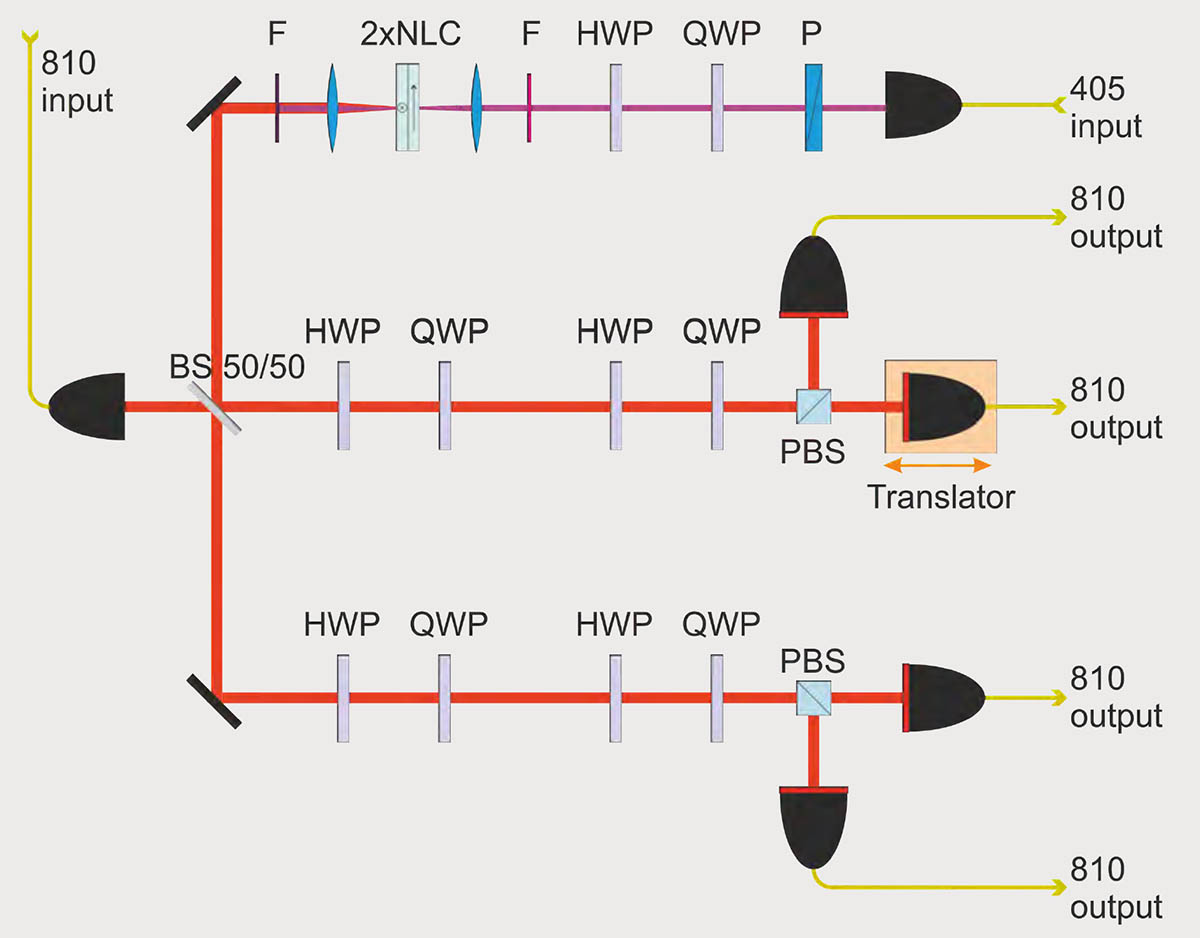 The balanced detection module is used for quantum homodyne detection of light. Its inputs are connected to a balanced photodetector that measures and amplifies the differential photocurrent. The signal from the detector goes to the ADC connected to the PC.