The main objective of the master's program is to train specialists with the skills and competencies necessary for the development of modern quantum computing devices based on monoatomic centers in solid-state structures, as well as nanophotonic devices, integrated optics, and the use of modern optical diagnostic methods in the field of quantum technologies. 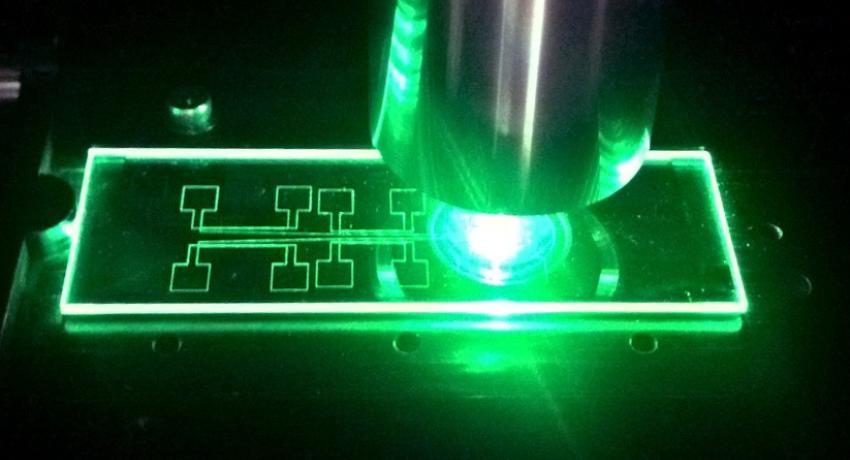 The possibility of using single impurity atoms in solid-state structures to create the corresponding quantum electronic devices appeared quite recently, a little more than five years ago. This area of quantum technologies is very young and is in the "mainstream" of world research. Single impurity atoms located in the required configuration in solid-state crystal structures have high values of the characteristic Coulomb energy and size-quantization energy of single electrons, and also make it possible to manipulate individual electrons, individual single-particle energy states, and individual electron spins. The combination of such unusual physical properties opens up new possibilities for creating unique electronic computing quantum devices, such as, for example, reservoir computing networks.

The ability to control the propagation of light on subwavelength scales is a prerequisite for the miniaturization of optical schemes, which are also required for problems in quantum optics. Currently, a platform for integrated nanophotonics based on surface electromagnetic waves in one-dimensional photonic crystals is being developed. Methods of excitation of such waves, controlling their propagation, and interaction with matter are studied. Furthermore, the physical foundations for creating nanophotonics devices that implement active and passive control of optical radiation on a subwavelength scale with the help of Mi-resonant semiconductor nanostructures and metasurfaces based on them are investigated. Research is also underway on the applicability of neuromorphic nanophotonic systems for computational problems. 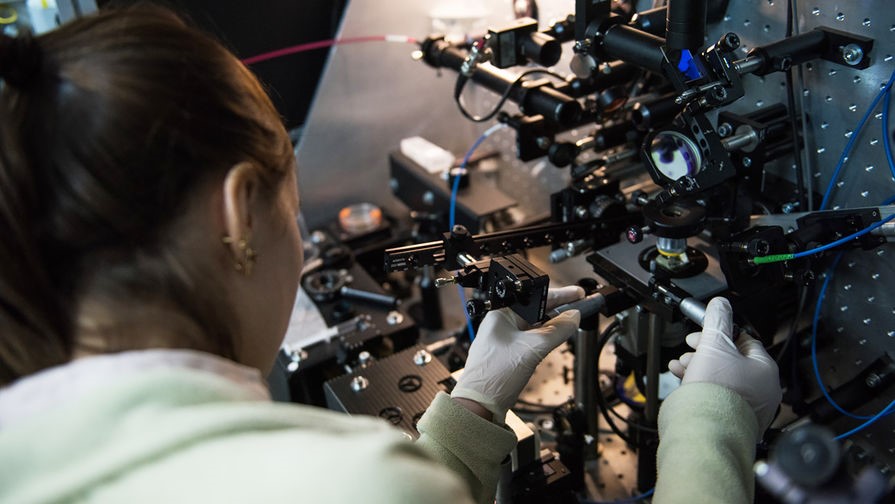 The process of adjusting two-beam optical tweezers, which allows trapping microparticles in a liquid or gaseous medium and studying their physical properties and interaction mechanisms. To increase stability, the optical circuit is assembled on a vertical stand.

Master's programs involve the implementation of term papers and theses within the framework of the main directions of the centre's work. Theoretical work will be carried out under the guidance of highly qualified employees of the basic departments, who are proficient in modern methods of analysis and calculation of the properties of atoms in the conditions of the surrounding semiconductor matrix.

The technological capabilities of the Educational and Methodological Center for Lithography and Microscopy, created at the Faculty of Physics of Moscow State University, will be used to carry out experimental work. Also, modern measuring devices, such as the Triton dissolution refrigerator, will be utilized. Triton makes it possible to measure the characteristics of the created devices in the temperature range from tenths of Kelvin to room temperature. Furthermore, a workshop on creating elements of quantum computing devices and measuring their characteristics on modern equipment is served for experimental work.