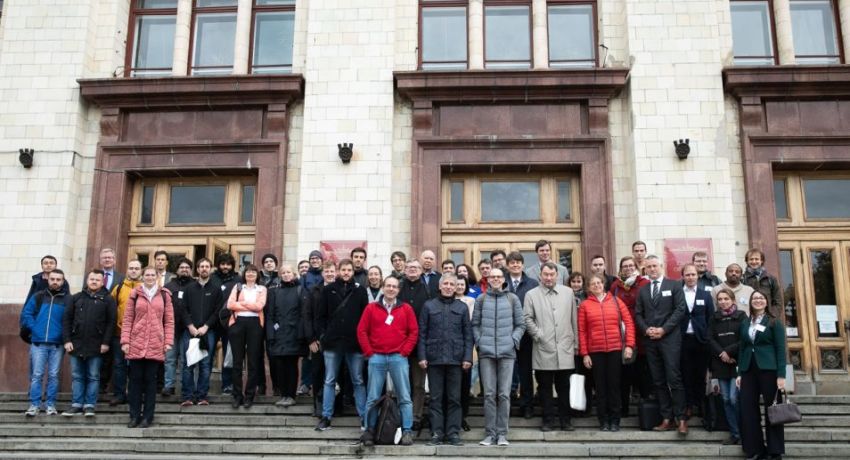 The 9th Russian-German Young Scientist Week was dedicated to actual issues of the quantum technologies and related fields development and was held on the 23rd—26th of September in the MSU Faculty of Physics.

The geography of the 9th Russian-German Week is wide. Scientists from Moscow, Kazan, St. Petersburg, Nizhny Novgorod and also from Berlin, Munich, Jena, Rostock, Erlangen and other cities made their reports and announcements (The list of participants in Russian). Besides, the event brought together dozens of listeners from various universities. 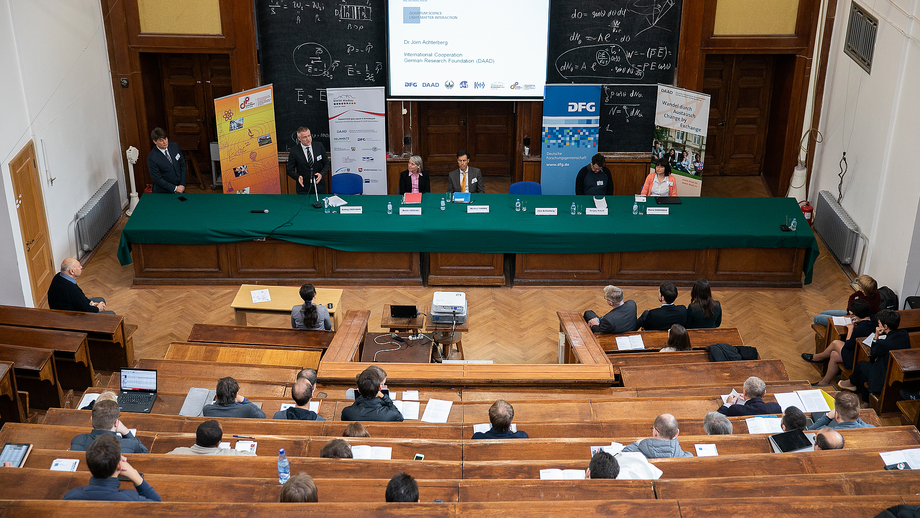 The scientific part of the programme was mainly concerned with the issues related to the light-matter interaction with metamaterials and with promising semiconductor structures in particular. Most reports were devoted to quantum optics, photonics and quantum information physics (Programme of the event in Russian). 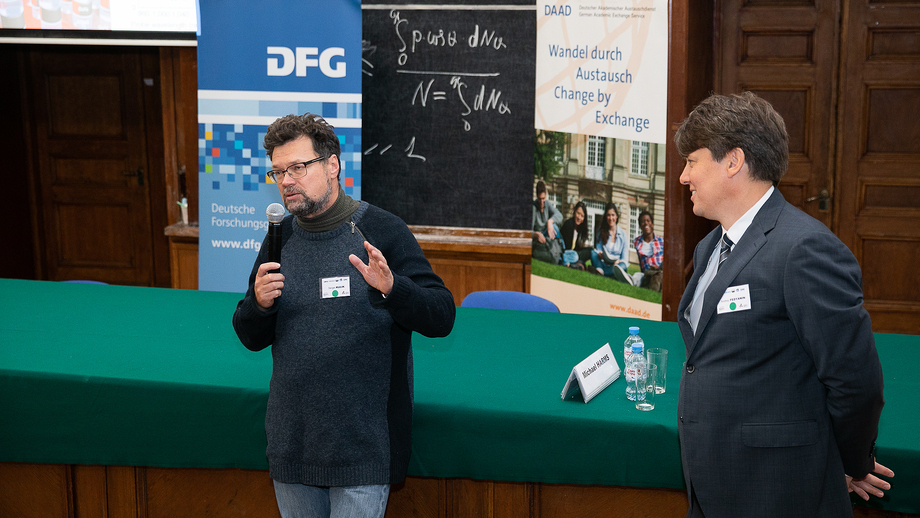 The scientists were offered various formats for the problems of the light-matter interaction in quantum systems discussions, poster sessions and round tables. And also, Young Scientist Week participants visited the MSU Quantum Technology Centre laboratories. 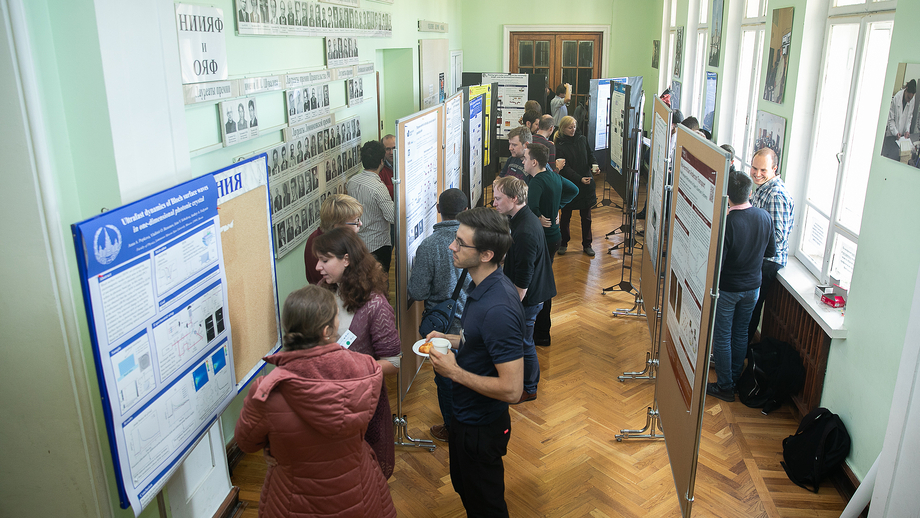 One of the tasks of Young Scientist Week was to inform scientists about the existing bilateral research support programmes. Within the framework of the "Science Cafe", some German scientific organizations and foundations were able to present their programmes, they are: DAAD, DFG, Helmholtz Association, Fraunhofer Society, Free University of Berlin, Consortium of the Ruhr-Universities and also German North Rhine-Westphalia and Thuringia states reprensentatives. Russian Foundation for Basic Research (RFBR) and Russian Science Foundation (RSF) took part in the "Science Cafe" too. In addition, a youth programs section was included in the Week programme of 2019: Astrid Evers ("Young Scientists Support" from DFG Bonn) and Nadezhda Krasikova from DAAD Moscow told about students, postgraduates and postdocs scholarships and grants.