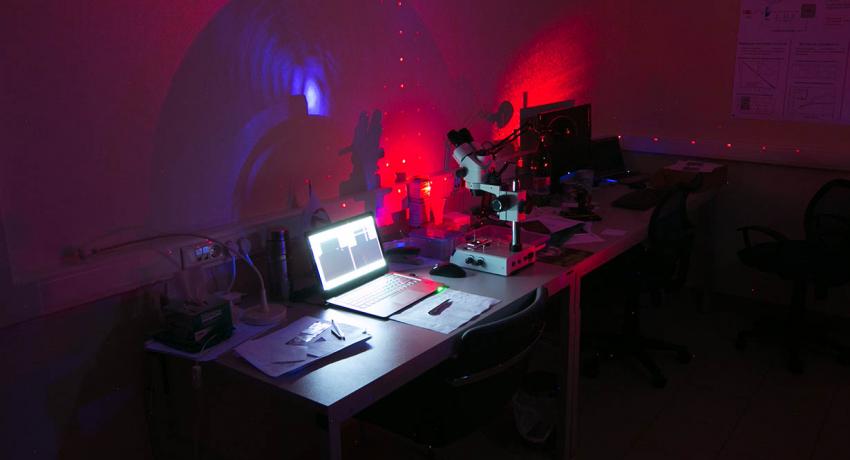 In this sector, scientists create platforms for quantum computers. Here, theoretical and computational problems related to the design of individual quantum gates and medium- to large-scale linear optical systems are solved; methods for preparing and measuring quantum states of light are being developed.

Single photons and linear-optical elements are the simplest and most accessible tools for performing quantum computing experiments. In this system, a qubit is a single photon that can propagate in two well-defined modes. A qubit can be encoded using any photon's degrees of freedom — polarization, transverse spatial mode, optical path, frequency mode, or time bin. The quantum state transformation of several qubits is carried out using linear-optical elements — beam splitters and phase shifters. Since gates consist of only linear elements, multiqubit entanglement is performed with a finite probability. However, a scalable system for quantum computing can be implemented by including additional resources in the system — auxiliary single photons, different optic modes, and a feed-forward method for controlling the optical system. Modern theoretical research aims to minimize the number of additional resources and the organic use of multiqubit gates with a given probability of success.

In Quantum Technology Centre, research is conducted to create an experimental platform for testing quantum algorithms and optimizing individual elements of a linear-optical computer. Experimental developments are focused on two areas:

Laboratories are uniquely equipped for performing experiments with multiphoton states and integrated optics.