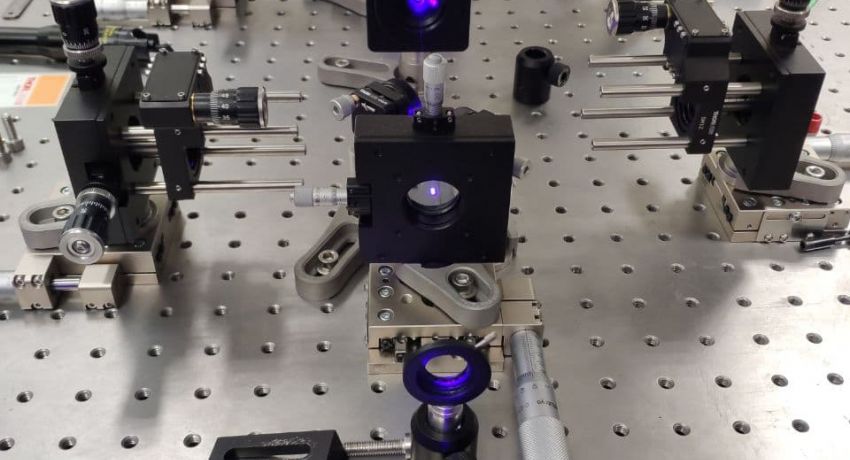 Linear optical quantum simulator is based on single-photon quantum states. Multiphoton states are transformed by a programmable linear optical interferometer and then the output is measured by single photon counters. In such a system, logical-state-space dimension can be very large that makes it possible to realize computational advantage over classical computers in a number of tasks.

Single photon sources, integrated optical interferometers, and detectors are the key technology components. We use two main types of sources based on: spontaneous parametric down-conversion process in nonlinear crystals and semiconductor quantum dots. Reconfigurable integrated circuits are manufactured by the two methods: a femtosecond laser writing in quartz glass and a lithography in silicon nitride (in collaboration with Bauman Moscow State Technical University). Superconducting single photon counters are used as detectors.