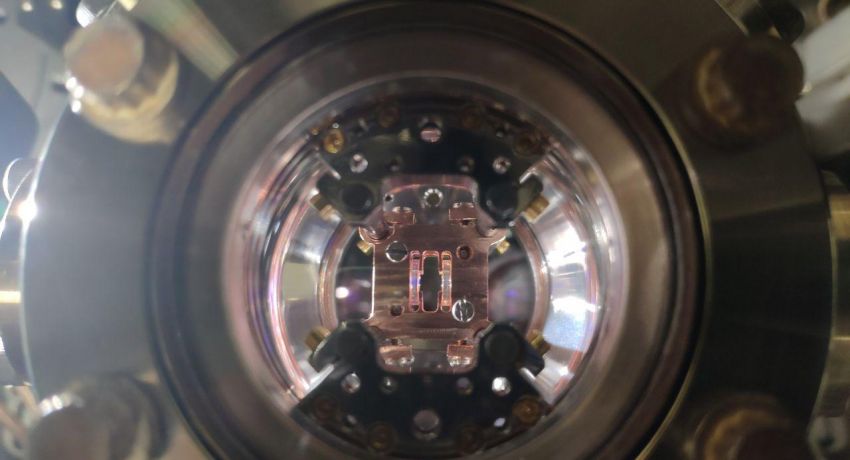 Digital quantum simulator is a device to execute specialized quantum algorithms for modelling other quantum systems and for solving a wide range of optimization problems.

One of the quantum simulator prototypes which is being developed at the MSU QTC is based on a quantum register of single rubidium atoms captured in an array of optical tweezers. This technology makes it possible to create 2D atoms arrays with controlled interactions that can be used as physical qubits in a quantum simulator.

A cloud access system to the developed simulator will soon be implemented.

Our technology makes it possible to create more than 36 single rubidium atoms 2D and 3D ordered structures. Each atom plays a physical qubit role; sublevels of the hyperfine splitting of the ground state are used to encode logical states. Individual addressing is possible with the help of the auxiliary optical tweezers.